oh now paula. I think it’s time that you should go

It was a while ago now but in April we took a trip across the pond to NYC.  This was my fourth visit so I’d been up the Statue of Liberty, Empire State Building – I’d done the tourist stuff.  This time I meant business.

Staying in Williamsburg, we took in the sights of Bedford Avenue, the High Line and some art by Chelsea Pier.  Of course, I’m married to a beer freak/geek so we drank at some very nice pubs and as a confirmed wine drinker I was slightly fearful of our guided tour of the Brooklyn Brewery.  It was great; I sampled some beer!  I didn’t really like it!  Never mind.  We previously visited the Ginger Man where I consumed a bottle of the only beer I actually DO LIKE.  I really like.  Carsmile tells me “typical that you like Duchesse de Bourgogne – the only beer that is unlike any other beer!”  Unique.  Classy.  That’s me.

Apart from the wrasslin’, it was all about the food for us this year.  Our flat had the Food Network so I got a chance to witness the goddess of fried, sugary, homely food that is Paula Deen in all her glory.  I was familiar with Ms Deen through watching Top Chef and was chuffed to see her in action.  Wow, so much butter, cream, sugar and syrup.  Still, she looked like she was having a lot of fun.  Maybe she was on a sugar rush – I’m going to go out on a limb here and suggest that she may not have her own full set of gnashers.  That must help in some way with the awesome amount of sweetness and richness of her desserts.  I really think that if Gregg Wallace met her, it might be love. 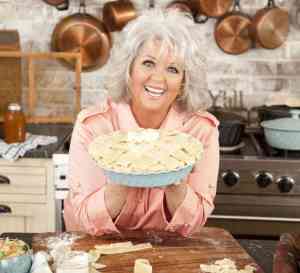 “we must have a pie. Stress cannot exist in the presence of a pie.”

END_OF_DOCUMENT_TOKEN_TO_BE_REPLACED

hey now you’re an all star get your game on, go play

So, during the ridiculous, TWOANDAHALFHOUR season finale of Masterchef Australia, I told Carsmile “so, apparently as well as a Celebrity version there’s an All Stars series like what Top Chef do!”.  A few minutes later, after the confetti fell and the credits rolled, what happened?  A trailer for the aforementioned All Stars Australia!

I’m familiar with the concept: former competitors return with previous years represented.  They take part in challenges in order to win money for a chosen charity.  As far as I can remember, where Top Chef All Stars differed is that winners do not compete – it’s a chance for those who failed to try one more time.  In this, the first All Stars for Masterchef, there are two previous champions (with the remaining one being absent due to telly commitments). 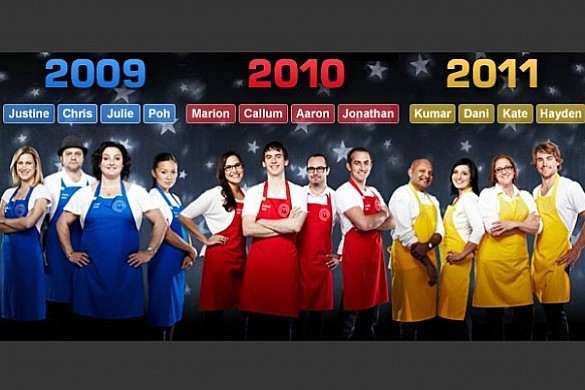 This was originally aired during the London 2012 Olympics for three weeks.  I think even me, with my love for all things Masterchef would have felt my enthusiasm flag.  As it was, I watched a few episodes here and there then abandoned the show only to return for the 90 minute finale.

Maybe I’m used to the Top Chef mentality where the contestants are already professional chefs and the competitiveness never wanes.  Back in Sydney, there’s a very relaxed atmosphere, a little too relaxed for my liking; laughs, silliness and what seems to me like faux shock and anguish at the thought of revisiting disaster dishes.  Take it seriously, guys! 😉

It also gave me the opportunity to savor the beauty and vastness of the MC kitchen along with the gorgeous house on the hill in which they live.  Season five will relocate from Alexandria with a new home yet to be decided.  Hopefully it will be Melbourne so when we eventually fly over for the comedy festival and a trip to Chris and Julia’s Josie Bones, I can say we’re in the home of Masterchef, yay!