RSS
← go big or go home
bitchin in the kitchen →

don’t be afraid of it, it’s only a biscuit!

Why oh why oh WHY did you start so well, with your pasta skills and your perfect pastry and ruin everything with a plate of custard and cat poo?  Now, chocolate tortellini filled with raspberry mousse sounded perfect. The white chocolate and cardamom sauce less so but it could have been enough to get you through.  No, what am I saying – if everyone else had a good day, you were definitely on your way out.  *SIGH*  Oh well, at least my other favourite, Shane Lynch is a dead cert for the final three … 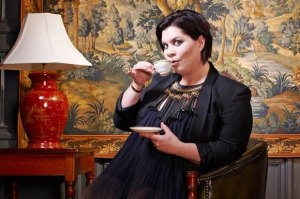 WTAF? I.  I.  I literally cannot compute what just happened.  You wowed everyone with your tattoos, your Irish charm, your eyebrows – as well as the lobster tails and Wagyu beef … they even loved your bloody soup! SOUP!  That trophy was very nearly yours.  So, you went and gave the restaurant critics uncooked lamb with olives (enough meat to keep Fred Flintstone in rapture), miserable sweet potato fondant and cubes of tomato. Yep, thanks, Shane.  I get to experience the foul mouthed whirlwind that is Janet Street Porter for a little while longer. 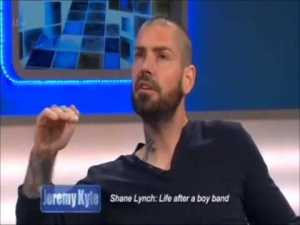 Elsewhere in the MCK, Speech was gradually becoming the ‘dope chef’ she wants to be.  A bit left field, lots of ideas yet not always there with the execution.  She used a water bath!  ‘Good on ya!’ as John would say.  Ade is doing well but narrowly survived after serving a rather nasty looking salmon/fennel dish and, blimey, how good are Les and Brian?  After a poor start they are making steady progress to the final week. Les’s sea bass and shrimp recipe looked wonderful as did Brian’s samphire tempura dish.

It seems Brian has previous on telly cookery shows.  While competing for £1,000 charity donation on a Come Dine With Me Soap Star special Mr Hopwood served a trio of soup, beef casserole and finished with figs and pears with honey and chocolate.  He’s come far but needs to leave three or four elements off his plates if he’s to win this prize.

As we reach squeaky bum time the dining becomes finer and the stuffy Oxbridge professors are brought out, licking their lips in anticipation.  The wood pigeons!  The sugar cages!  Janet whines while making a squillion tuiles baskets and Ade gets immense satisfaction from removing lamb fat in one go.

It was a great week for Janet overall.  She got to devise a plate of food for the most inspirational, important and respected person in her life …  (altogether now) HERSELF.  Well, why not?  If you’re going to go get the push you may as well have cooked something you know you like and maybe get to finish it off at home as you cry, alone on the couch.  John and Gregg liked her fish pie very much but I smelled a rat in the kitchen.

Tracey MacLeod hilariously gushed at the sight of Les Dennis (‘It’s Les Dennis!!  Les Dennis has cooked my lunch!!’  ‘He’s really famous!!’) and couldn’t disguise her allegiance to ex-flatmate Janet.  Jay’s pheasant escalope was dry but hers was, of course, perfect.  This led Jay to accuse Tracey of suffering from Stockholm Syndrome but Shane’s fate was already sealed.

Aw, bye bye, Shane.  Masterchef has been a cracking series thus far and I shall be sad to see it end but, wait! What’s that I hear?  A brand new series of Masterchef Australia starts on 15th September on Watch TV?  *faints*

Yeah, whatever Torode, who are you anyway?  I want Gary and George and Matt and I want them NOW.

Posted by Meg the Marauder on August 31, 2013 in BBC, Celebrity Masterchef, Come Dine With Me, Masterchef Australia

← go big or go home
bitchin in the kitchen →