RSS
← It’s wrong but it’s right
reader, i mangled him →

So, home alone for the night, I decided to start watching my eight hours of cookery nonsense that’s stacking up.  First up is two episodes of ‘Perfect…’

‘Food For Friends’ and ‘Curry Night’ were on my telly menu.  The deal is thus:

FFF pitted Paul Merrett against Allegra McEvedy and the starter dishes were so-so (ham and pea croquetas and crab on toast with serano ham/fig ciabatta).  The classic round is where both chefs make the same dish.  It’s quite interesting to see how each chilli con carne, in this case, differs and little vox pops of other chefs tell you their favourite way of cooking it.  I love that chefs have no qualms on things like baked beans being an essential ingredient of chilli!  Now, the ultimate dish was quite interesting too.  Allegra’s rabbit lasagne sounded pretty awesome with Paul’s bouillabaisse also looking exciting if a bit too much fanny dangle.

Overall, the hour long format makes sense as there’s six recipes to go through and the obligatory Fay Ripley repeats things like we have a 3 minute memory.  Yes, this is a COMPETITION guys, this is VAGUELY DRAMATIC and giving food snobs free grub and a chance to promote their food blog is such a great thing (hint, hint).  Anyway, Paul Merrett wins, Allegra McEvedy is a loser.

The next episode interested me as making curry from scratch is kind of an alien concept.  We make a fair bit of dhal and the odd vegetable curry.  I even tried my hand at a keema curry which was, y’know, OK.  So, bring on Ravinder Bhogal and Aktar Islam!

I’ve seen Aktar before, on Market Kitchen and as winner of The F Word Best Local Restaurant 2009.  Amusingly on his website under the ‘achievements and awards’ section it says “updated award list coming soon”.  Wishful thinking?  Maybe not.

All three judges were food writers and one immediately stood out.  Sabrina Ghayour was introduced as a curry obsessive and writes about food on her blog.  I also recognised her as a contesant on Come Dine With Me in the not-so-distant past.

The starter dishes were aloo chikki chana chaat and onion/potato/spinach pakora with chutney.  All went down well but the judges preferred the lightness of Aktar’s pakora.  Next up was the ‘classic’ dish – rogan josh.  The glamorous Ravinder went for a slow cooked shoulder of mutton version and Aktar opted for a more traditional rogan.  Ravinder won this round and deservedly so. 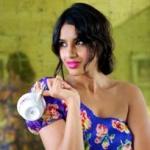 Rightly or wrongly, the thought of attempting a home cooked curry terrifies me.  The number of spices, the need to heat them through and the crushing and blending of the darned things fills me with dread.  I think I will attempt the mutton rogan josh though as I’m a definite fan of slow cooking.  The introduction to ‘Perfect … Curry Night’ promised me easy to replicate recipes but sheer number of ingredients borders on “tsk, can’t be arsed”.

The final round was an all-out show stopper from each of our chefs.  A quail byriani from Ravinder impressed but Aktar’s monkfish curry with bengali aubergine and deep fried spiced chickpeas won and saw him crowned the Perfect King.

With the judges oohing and aahing over all this lovely grub, I need to know what I need to do to get this gig – hey, Allegra, give me a call.

← It’s wrong but it’s right
reader, i mangled him →